I can't believe it has been a whole week since I blogged! My first week back to school after winter break was busy, not in a bad way, but I was pretty darn tired when I came home at night. 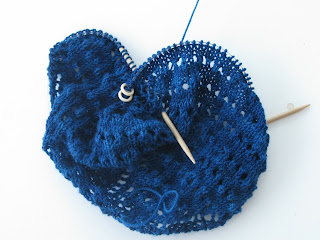 I do wear my shawls, but not as often as I should, given how much work they are! I had decided not to make any more for a while. That decision, however, was out the door after I surveyed my stash with idea of knitting it down in mind.

I have a lot of sock yarn. A lot. Really. Gazing over it -- and feeling a bit overwhelmed -- it occurred to me that there were some two-color shawls that would use up two skeins of sock yarn. This rolled up blog of yarn will eventually be a Hecate, another beautiful design by Kirsten Kapur: 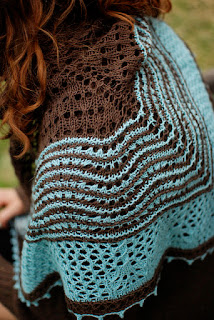 Posted by Caffeine Girl at 3:48 PM