And Now for Something Complete Different

I have been knitting -- especially because I've been binging on WandaVision on Disney -- but that isn't all. I've been embroidering this: 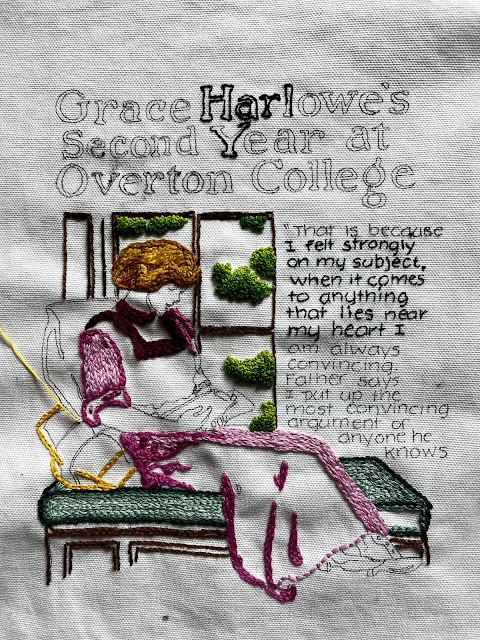 This embroidery is based on the book pictured below.  It was published in 1918, so it is no longer under copyright. As a child, I read constantly. When I saw this book at a flea market, I just had to buy it, knowing someday it would be an embroidery. Besides, I suffer from a nostalgia for all things 20th century -- before 1980, that is.

There were 27 Grace Harlowe books, which follow her from high school, through service in France in WWI, and onto other adventures. I'm trying to read this book, but it is pretty dull from today's point of view. 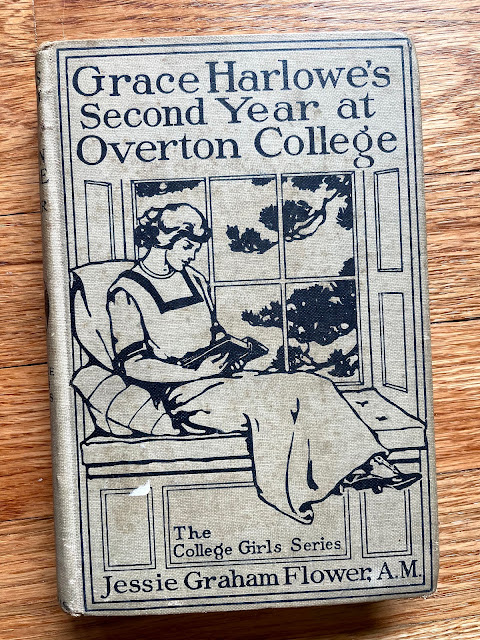 I've encountered quite a learning curve as I've converted this into an embroidery. Going from black/white to full color has been harder than I expected.  And there are no words to describe the tedium of embroidering the book's title with tiny stitches. And I am terrified I'll ruin the entire thing when I stitch the face.
I chose the passage of text as being representative of the tone of the book. Those small words aren't too difficult to stitch.
This will take me a while to finish -- good thing I'm retiring! -- but I already have the next book cover picked out!
P.S. The police arrested the person who threatened gun violence against my school. The press is describing the person as a "child," and that's all we know.
Posted by Caffeine Girl at 2:13 PM