It's been so long since I had a fever, that I totally forgot what it felt like. Thus, I was shocked at Urgent Care Monday, when they told me I had a temperature of 101.5. In case you, too, have forgotten: Just walking across a room in a major effort!

I've mostly slept the last two days and when I was awake, I wasn't up for any difficult knitting. So I cast on for one of the patterns I've been wanting to make from Island by Jane Richmond. 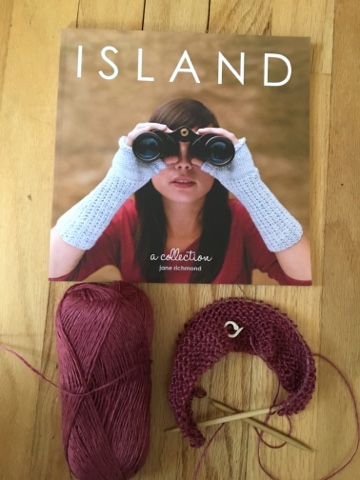 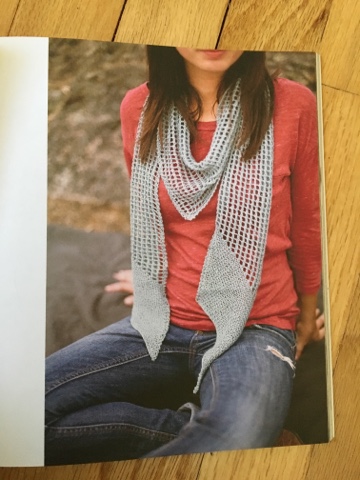 In my febrile state, it did not occur to me that I should use larger needles. However, I am liking it so far.

I'm still working my way through It Can't Happen Here by Sinclair Lewis. It's interesting, but not as good as his classic works. So I also started another novel: A Hologram for the King by Dave Eggers. 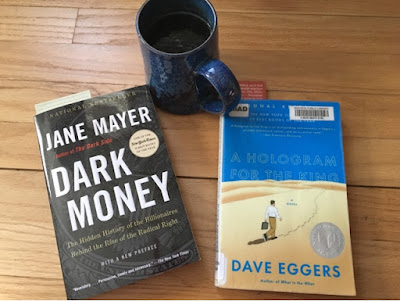 It's about a failing middle-aged businessman who heads to Saudi Arabia for the deal that will turn everything around in his life. Of course, nothing is that easy. I loved Eggers' The Circle, about a young woman who is hired by a Google-type company.  I often like workplace novels; My favorite TV show of all time is The Office. I'm finding Hologram reasonably entertaining.  (I think it was made into a movie with Tom Hanks.)

I'll be linking up with Ginny at Small Things to Yarn Along.

Posted by Caffeine Girl at 3:38 PM