Last night the Jewish Artists Lab had the opening for our art show. A member who is a poet started it off with a spoken word performance, and then people milled around and looked at the works. We got a nice turnout, so it turned out to be a lot of fun.

Here are my works: 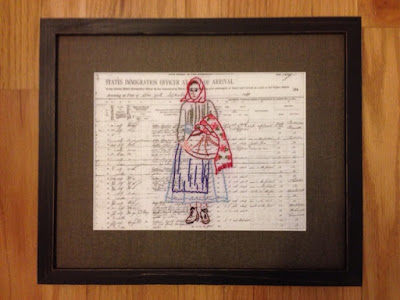 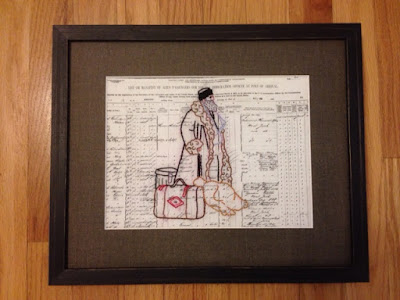 I don't know if you can tell on a screen that they are embroidered figures of Jewish immigrants on cloth printed with ship manifests from around 1900. They are a Jewish interpretation of Plains Indians' ledger paintings, like this one: 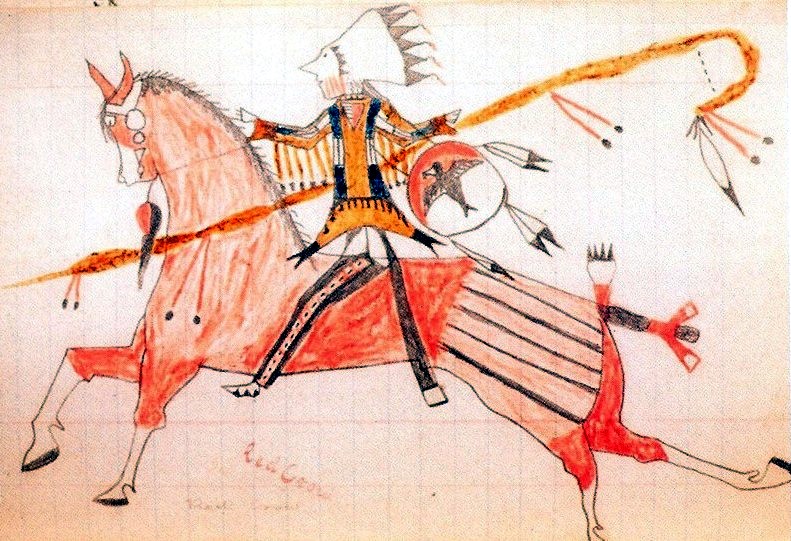 People seemed to like them, so that made me happy, too!

Posted by Caffeine Girl at 7:04 AM