Is already Wednesday again? The weeks are going faster as we get closer to summer break! I'll make it quick today because I need to get to work early this morning.

This weekend, I picked up a sock I started months ago: Winding Way 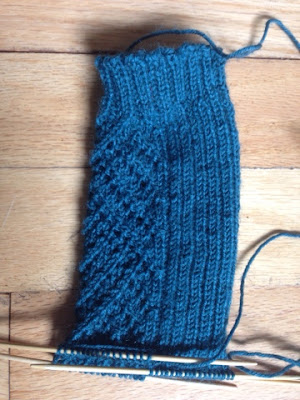 It's a Tin Can Knits pattern from the book Handmade in the U.K. Of course it's well-written and fun to knit, but I don't think you can appreciate how clever the pattern is until I can actually model it. It does feel good to pick up a project that's been languishing! 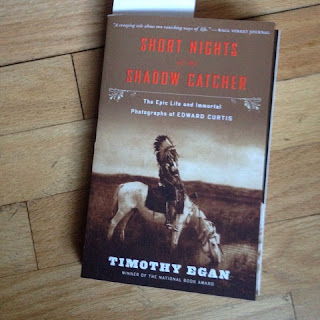 As for reading, I'm still enjoying Short Nights of the Shadow Catcher by Timothy Egan. This guy can really write! This could be a very dull story in another writer's hands. But Egan brings to life the early years of the 20th century when Edward Curtis was trying to photograph Native Americans before their culture was completely obliterated.

I hope your week is zipping along! Don't forget to join Ginny for Yarn Along!

Posted by Caffeine Girl at 4:17 AM