A Whole Amazing Day of Knitting

That was the conversation we had yesterday morning as I headed out to a full day of the Sun Valley January Thaw Retreat. There were classes, but I really just wanted to knit and talk without any kind of schedule to follow. And it was awesome.

As promised, here is the wall of yarn: 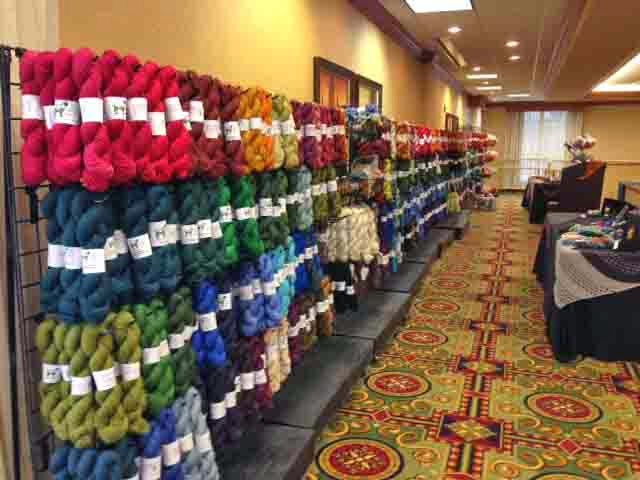 Jeanette's colors are amazing. We all spent a lot of time petting the yarn. As you can see, she actually sold out of some colors. 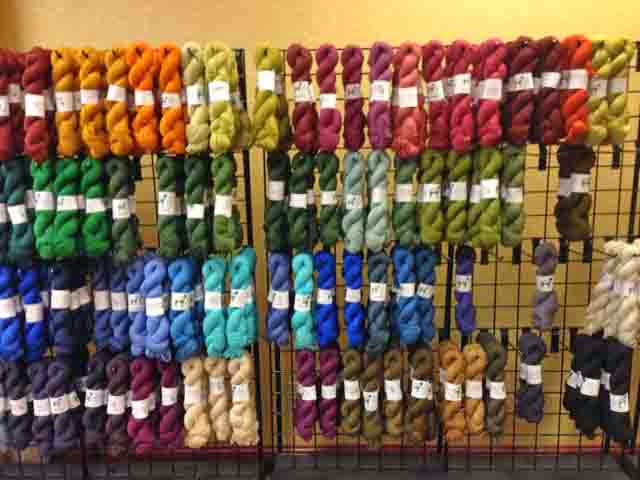 On Friday night, there were door prizes. For everyone. "That's the way I roll," quipped Jeanette. I was one of the luckiest because I won this: 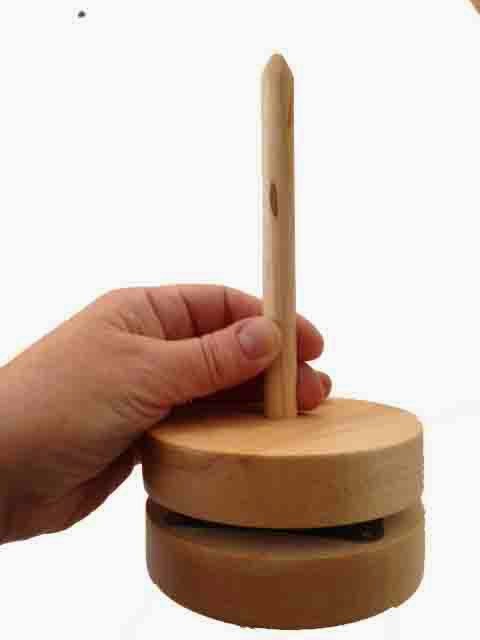 For the uninitiated, this is a Yarn Buddy. As Jeannette and husband George say on their website, it's a lazy susan for your caked yarn. It is perfect timing for me because I used a ball winder for the first time at the retreat and now I'm a believer. I have a swift but I've been making yarn balls by hand. Not only are yarn cakes nicer to use, they also wind up SO much faster. I'm ordering one today. Frankly, I've been an idiot for not getting one years ago!

I was reminded of the power of samples. Jeannette had this out on a table. 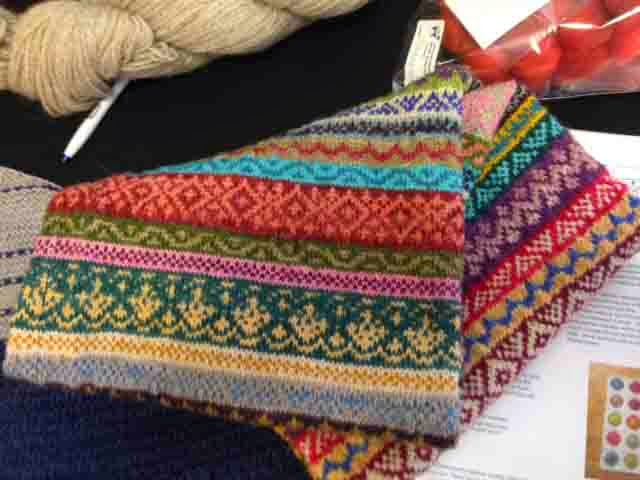 It's Wendy Johnson's Leftovers Cowl. I've had my eye on this project for a long time. And I was clearly not the only one who was entranced by Jeannette's version. Jeannette thoughtfully offered a bin of mini-skeins that are perfect for this project. And they were a big hit. A number of people bought 30 mini-skeins and cast on right then and there. I picked up a few mini-skeins to mix in with my leftover sock yarn. However, I'm not going to cast on until I finish the Favourite Things Cowl, which is similar but in worsted weight.

I had planned to interview Jeannette, but she was busy every minute. I hope that means she had a profitable weekend because she sure planned a wonderful retreat for the rest of us.