I Swore I Wouldn't Buy Yarn

In fact, I walked past two yarn stores in my first few days in Copenhagen and didn't even consider going inside.

But then one day I went to what turned out the be the worst, most depressing flea market ever. Used shoes and clothes, mostly.  At one point, I glanced across the street and saw this: 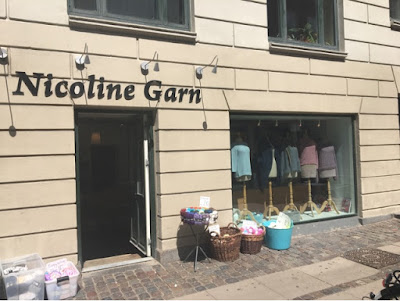 It was just such a cheerful sight that I had to go in. And the inside could not have been more cozy or inviting: 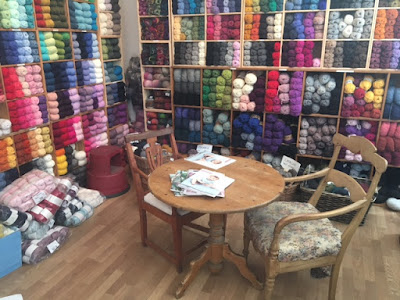 The store mostly carried Drops, a brand I've heard of but never encountered. As far as I can tell, it isn't widely available in the United States. Well, it is beautiful, affordable stuff. I spent way too much time fondling all the various blends.  And we all know where that leads! 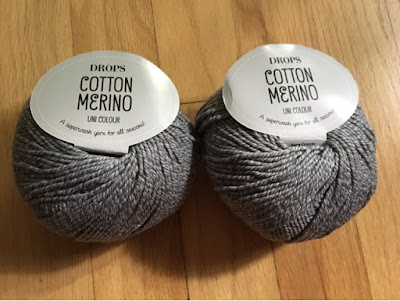 Yes, I bought a couple skeins. These two beauties, which will likely become a pair of fingerless mitts some day, cost less than $10. No kidding. On the off chance that I ever run out of yarn, I'll be looking for more Drops.

The store was different from the stores I'm used to here. For one thing, there were tons of sweater-quantity bags ready to be bought. Also, there were very few needles for sale and no accessories, like stitch markers. Maybe Danes are minimalists in their knitting, too!

There was more unknitting than knitting in Copenhagen. Here is the beginning of an Almondine Sock.  I was halfway through the heel flap when I realized I had misread the directions and had not divided the stitches correctly for the heel. I frogged the flap and tried to pick up the stitches. Too many dropped stitches! I went all the way back and cast on again. 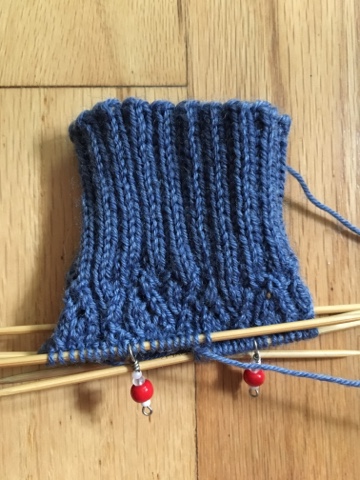 Not surprisingly, I'm reading The Year of Living Danishly by Helen Russell, a Londoner who moved to Denmark when her husband got a job at Lego. Russell is a journalist and an excellent writer. The book is both amusing and interesting.

I just have to point out that Lego is far from Copenhagen, so I may have to write the Copenhagen version of this book some day!

Posted by Caffeine Girl at 9:11 AM