Because I had a few recent finishes, it seemed reasonable to cast on a new sock, Idlewild by Kirsten Kapur in Sun Valley Fibers MCN in the color Jungle. 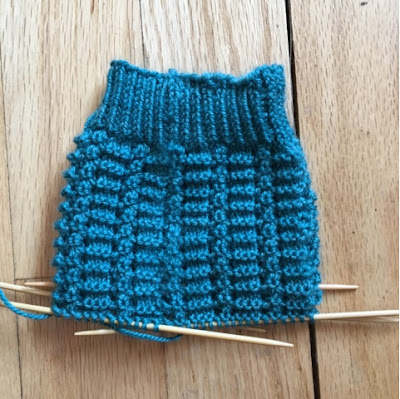 The sock just happens to be from Drop Dead Easy Knits. I don't buy a lot of knitting books because there are just so many and I can't knit that fast. But this one I've looked at for a while. I adore Kirsten's patterns and she has some really good ones in this book. As promised, this sock is pretty darn easy! 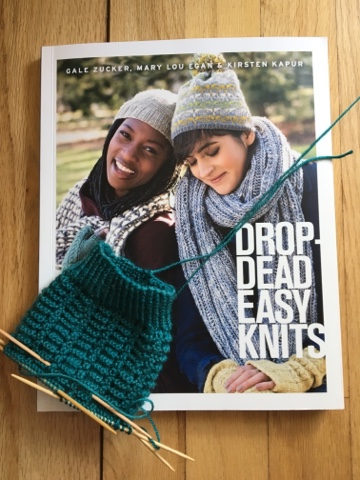 I started reading Spectacle by Pamela Newkirk, which is the true story of an African man who was exhibited at the Bronx Zoo early in the 20th century. Man's cruelty to man never fails to amaze me. Nor does the spirit of people who survive such travails. I've only read about 40 pages, but it's fascinating so far. 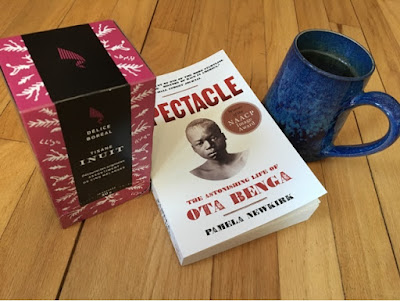 Did you notice my tea? It's Inuit tea that I bought in Quebec last summer. I've tried two flavors, and it is some of the best herbal tea I have ever sipped. I'm going to have to see if I can get more online

I'm linking up with Ginny to Yarn Along.