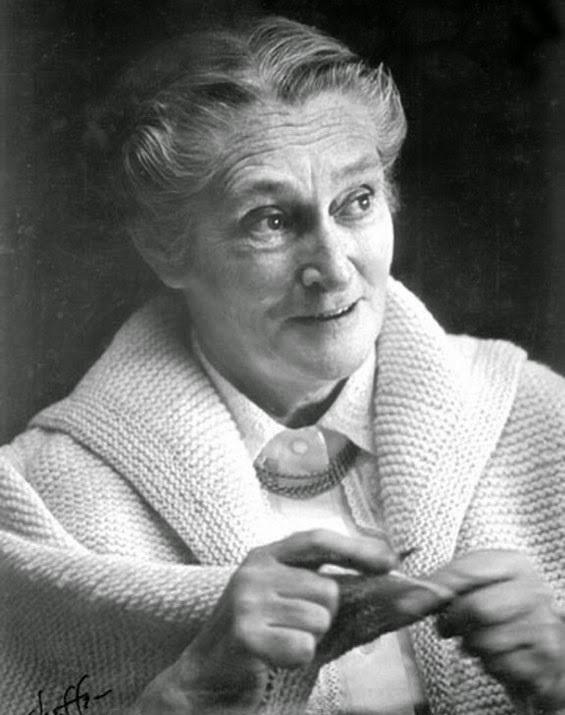 You probably knew before I asked that this is a photo of Elizabeth Zimmerman, the doyen of modern American knitting. She is on my mind because I just found out that I'll be going to Knitting Camp this summer.

Even though the famous knitting camp (now run by Zimmerman's daughter, Meg Swansen) is less than two hours away from Madison, I never considered attending before this year because I'm just not that good of a knitter. It would be embarrassing, I was sure, because everyone else would be a master knitter and I would be revealed as a knitting fraud.

But the new knitting friends I met at last month's Sun Valley retreat talked me into it. They have all attended before and they said that the camp really is for everyone. They talked about how much fun it is, and by the end of that retreat, I was sold.

Here I've grown up in the shadow of EZ and never really thought about how cool that is. Now, though, I'm getting excited. I guess I need to actually read my copy of Knitting Without Tears before camp starts on July 2!
Posted by Caffeine Girl at 7:04 PM