I finally finished my Robson scarf, though I haven't taken any FO photos yet. The important thing is that I'm working on something else: the Toboggan Run Hat by Jaala Spiro of Knit Circus. I'm making it in the same colorway as the sample: Birds of a Feather. 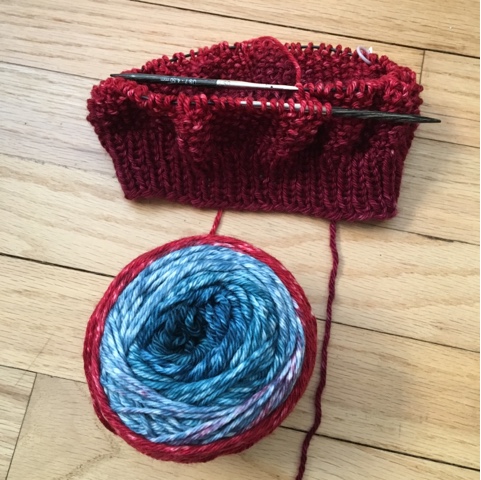 Gorgeous as it is, this pattern is probably not for everyone because it's miles and miles of seed stitch, which I know that some people cannot stand. I don't mind it and I love the look it. It is especially scrumptious in Jaala's worsted-weight yarn, which is as soft as it is beautiful. 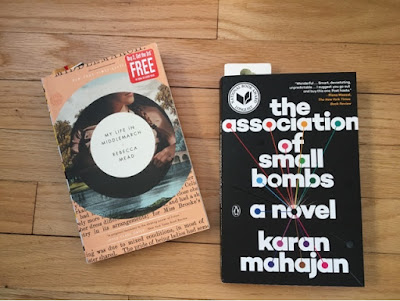 I also (finally!) finished Middlemarch, which I thoroughly enjoyed. One reason I'd wanted to re-read it was so I could read a recent book, My Life in Middlemarch by New Yorker writer Rebecca Mead, a blend of commentary on the novel, George Eliot biographical information, and reflection by Mead. It's a bit slow-going at the start.

The Association of Small Bombs by Karan Mahajan turned up on a lot of Best Books of 2016 lists this month. It's about a fictional bombing in Dehli. The author follows the parents of two brother who died in the blast and the bomb-maker himself after the tragedy. It's not always easy to read, but it is very well-done.

I'm joining with Ginny for the year's last Yarn Along.
Posted by Caffeine Girl at 2:39 PM