What is it about acquiring yarn that is so irresistible? Just a few weeks ago, I went through my stash and culled out quite a bit of yarn. Yet, I've already added a few more skeins. I seem to have a problem. (I'd like to point out that it is healthier to be a yarn addict than a heroin addict.)

First up is a shmooshy skein of Miss Babbs Yowza. I have to point out that I didn't pay retail for this one; nope, I shopped stashes on Ravelry and saved a few bucks by ordering from a Raveler. 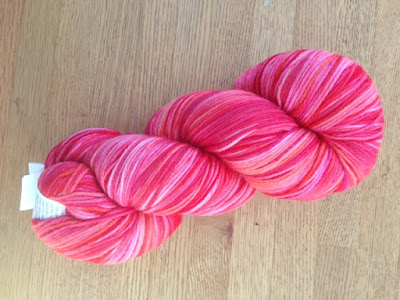 I do try to only buy yarn that is intended for a specific project. This is going become a Brickless, a pattern that I learned about from a friend a few weeks ago at the Sun Valley retreat. I think it was designed for this yarn, as the pattern calls for 560 yards -- the exact amount in Yowza! I expect to start this one pretty soon.

I've been jonesing for some Arne and Carlos Regia Sock Yarn. It came out a year or two ago, and it was impossible to get then. People just snapped it up. So when I saw a display at a LYS, I grabbed this skein: 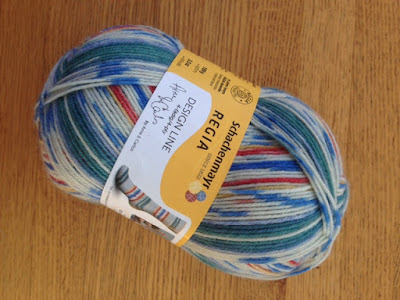 Do you know Arne and Carlos? They are a Norway-based couple, both personally and in business, who design all sorts of things, including knitwear. I own their book on knitted dolls and I will (I swear) actually use it one of these days. 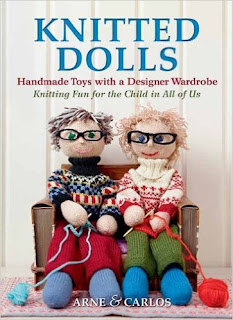 I know what this will become: socks! (Duh.) It may be a while before I get it on the needles, but that's OK. It will get used!

BTW, there's a reason that heroin was on my mind; last night, Keith and I watched a documentary on Amy Winehouse on Netflix. Such an amazing musician; such a sad person. A tortured soul. I used to think her song about refusing to go to rehab was funny. It doesn't seem so funny now.

Have you "enhanced" your stash lately?
Posted by Caffeine Girl at 4:20 PM