Back when I started blogging -- and I have no idea when that was because my old domain has disappeared -- there were two very active knitting bloggers from Australia. One of them blogged under the name of Rose Red, and she came up with GAAK -- Growth As A Knitter -- to describe those moments when you master something new.

In between unpacking boxes, I achieved GAAK. See if you can tell which fish was done before I'd mastered a new skill: 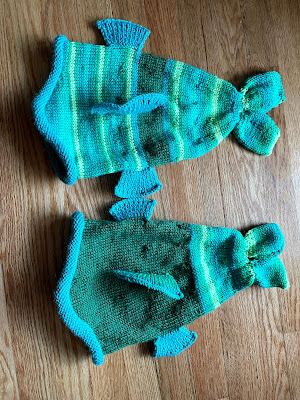 Look at the close-up: 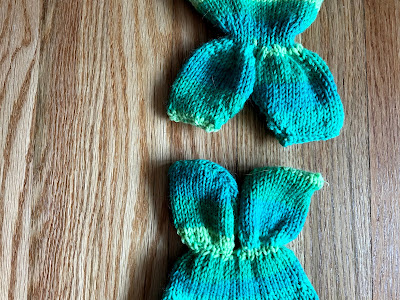 The tail at the top is seamed incorrectly. So I watched a few videos before seaming the second one and I finally mastered the mattress stitch.  For some reason, this skill has eluded me -- until now!

I have a third fish on the needles because I realized I have a third student who is an avid angler. When I unpack my felt, I'll finish them all off with eyes.

Keith is finishing a few things at the old house today because the realtor is taking photos tomorrow. The realtor expects it to sell easily, so I look forward to owning only one home sooner rather than later!